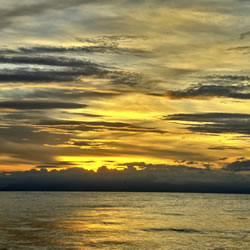 Greetings from the smiling country in Africa. Even though Malawi is one of the poorest countries in the world, the people seem to be quite happy. This might be because of the beautiful Lake Malawi, the wild untouched mountains or the fertile grounds. Or is there another reason?

We crossed the border from Tanzania to Malawi at Songwe and were done with the customs quickly.  After 15 minutes we were already driving on Malawian roads. The streets in Malawi were totally deserted – everyone walked or drove on bicycles. The reason for that was that there is no diesel at all and petrol only occasionally available at the filling stations. This disaster has been going on for six months because the president has misused development money. As a consequence the donating countries have cancelled the support for Malawi. Like anywhere else in many third world countries the population is suffering most and the president did not care. (Remark: The president died as soon as we reached Zambia. BBC reported that he passed away because of a heart attack. We would like to highlight that we were not involved in this incident!)

People can only buy diesel on the black market for about 3 Euro per liter (the average salary per month is 80 US$). And as soon as the rumor is going on that a filling station will be delivered with some petrol the locals queue for hours in order to get some of the precious liquid. We very often saw petrol lorries standing at the road side and selling some liters to the locals unofficially. Petrol lorry driver in Malawi is probably the most popular and the most dangerous job right now.  Luckily we entered Malawi with 240 liters of diesel as we knew about the problem beforehand.

Our first place to go after the border was Chitimba Camp at the northern part of Lake Malawi.  The campsite is viewing the lake and is quite nice. We stayed there for two days and walked along the lake and to the villages. The locals waved at us happily. They were sitting at the lake chatting and laughing and their children were playing loudly. At night Julian worked at the computers in order to rescue our website. Some hacker misused our website and our server was blocked. The internet in Africa is very slow and only partly usable at night.

The next place we drove to was  Lukwe EcoCamp & Organic Gardens and we discovered a little paradise in the middle of the mountains. The lodge and the view over the untouched mountains as well as Lake Malawi are just spectacular. The Loge has been run by a Belgian for about twelve years. During that time he has built up a wonderful organic garden with vegies and fruits from all over the world. These ingredients taste so delicious in his restaurant. It was such a pleasure for us to enjoy these wonderful salads and vegies in his restaurant together with the most delicious filet steaks we had so far on this trip. Even the coffee grows in his organic garden. The owner also has a second hobby and this is furniture design. All furniture’s on his lodge and campsite are hand made by him from the wood of this property. Everything is kept very natural and the power comes from solar energy. As we loved the place so much Julian offered to renew his website. Here is the link to the website www.lukwe.com . We also wanted to help Lukwe because the owner told us that Mushroom farm which was established later and is only two kilometers away has copied all his ideas and is using them strongly for their marketing strategy. Mushroom farm does neither have organic food nor coffee in their gardens.  So hopefully it works to get some of the customers back to Lukwe. We stayed five nights at Lukwe and walked up the mountains, to Livingstonia and to the waterfalls apart from working hardly on the website. We did not bother to go to Nyika National Park close by because it was rainy season and all animals are hidden and spread out.

On the way to our next destination we bought some of the delicious filet at peoples in Mazuzu. Thanks to Auke from Lukwe for the fantastic recommendation.

We continued our trip to Makuzi Lodge, a bit further South of Lake Malawi. The campsite is peacefully placed at a beautiful sandy bay. Lake Malawi is about 500 km long with deep blue water and fantastic sandy beaches. However in the South of the lake breed these frightening bilharzias worms. Human beings can get them by swimming in the lake or washing with lake water. We were rest assured that Makuzi lodge is bilharzias free because it is located in the northern part of the lake and the whole campsite is anyway using lake water for their showers and tabs. So we enjoyed swimming several times per day and will do a worm test as soon as we reach home again. We also used relaxing Makuzi Lodge to fix everything on our car. After four days we drove firstly towards south along the lake and later towards west via Lilongwe in order to cross the border to Zambia.

As mentioned at the beginning, we enjoyed the beautiful landscape, Lake Malawi and especially the smiling and pleasant people in Malawi. Everyone we were talking to seemed to be happy and greeted us friendly. We were wondering very often why that is, because the whole country is suffering heavily from of their political situation. As the president is dead now, everyone is hoping that the next political leadership will finally support the population and not their own pocket. The education system is terrible in Malawi and so is the education level. Not to mention the economy and the tourism. We heard that the tourism budge for the entire country per year is something like 2000 USD. No wonder that Malawi is only known as a country to drive through as quickly as possible. We liked Malawi very much and found the most beautiful place. Therefore we can only recommend Malawi for enjoyable vacation.