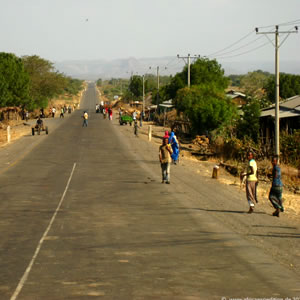 All the way through Ethiopia. From the beautiful hilly North, over Addis Ababa to the Kenyan border.  Over high mountains, fascinating monasteries as well as magnificent landscapes. And the question: Is begging in Ethiopia a national sport?
After the last night in Sudan the Ethiopian border welcomed us like a slap in our face. Everyone without any exception was holding out their hands. The customs officers only wanted to do their job for additional money. The helpers, the kids and all the others were asking for money, pens, food, cloths, exercise books, etc. Only few kilometers from the border some kids were throwing the first stones at our car. Just a general explanation: Throwing stones at each other seems to be part of the Ethiopian culture in some areas and is not only meant for tourists who don’t want to donate something.  We saw locals throwing stones at each other when they were angry. Even their animals got the stone punishment when they did something wrong. We were accompanied with the stone throwing almost on all roads until the Omo Valley in the South of Ethiopia. We in our car were pretty safe compared to motor bikers and especially cyclists.